Posted on January 9, 2017 by Survival Sherpa 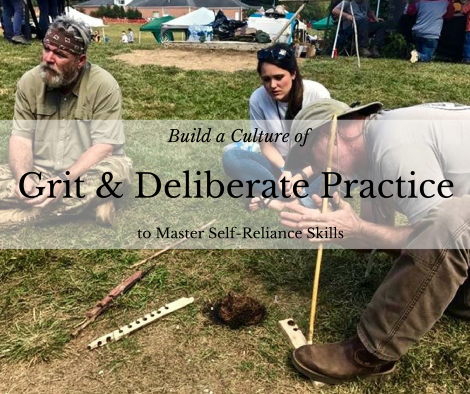 Every craft has pinnacle performers. What separates people who master a skill from the rest of us?

They appear to have innate self-reliance super-powers. But here’s the thing…

It’s not that they were born with copious amounts of talent. Their skill wasn’t genetically transmitted. The truth is that there is not a friction fire gene, or an ax-manship gene, or a gardening gene… no matter how effortless they make it look. Talent, in and of itself, is overrated!

Whatever skill you practice, these two traits will determine your level of mastery…

Besides being abrasive particles in your swim trunks, as a personality trait, grit is a “positive, non-cognitive trait based on an individual’s passion for a particular long-term goal or end state, coupled with a powerful motivation to achieve their respective objective.” ~ source.

Angela Duckworth condensed the meaning of grit as perseverance and passion for long-term goals. ~ source.

As an educator, I see all manner intellectual measures. I.Q. has little to do with overall success. Perseverance and passion trumps smarts and talent. Over the years I’ve seen students with lower I.Q. scores outperform students with higher intelligence levels. That’s not suppose to happen.

Grittier people’s secret to lasting success is lasting. In real-world performance, with talent and skill being equal, my money is on the person with the most grit. But there’s a catch to the personality trait of grit. Simply showing up for a long time is not enough to master a skill, as we shall discover later in this article – if you have the grit to read it through.

Duckworth developed a scale aimed at measuring levels of grit. Find out how gritty you are by answering the 10 questions here. How gritty are you?

The secret of all top performers is not a result of, as we are lead to believe, innate talent. The little known secret is the result of intense, not particularly enjoyable, practice for a minimum of 10 years. Actually, it’s no secret at all. We all know what it takes but few are willing, or in most cases, unable to pay the price.

Your goal, like mine, may not be to reach exceptional performance levels. Let’s face it, skills are perishable and there are so many self-reliant skills that no one person could ever hope to master them all. Our community is the land of “jack of all trades, master of none.”  And this is not a slam. Any progress towards breaking dependence on others and our fragile system is the step by step action needed.

Becoming proficient in the skills which captivate your interest, which is the key to getting started, is very doable by working in the “purposeful practice” stage mentioned below.

Anders Ericsson, a Swedish psychologist, has spent his entire career studying how people learn. He studied world-class performers in several fields and found these stages common in all…

Every new skill that sparks our interest begins at this stage. We decide to trade theory for action. We practice until we’ve mastered the easy stuff. Once we reach our acceptable level of proficiency, the easy stuff becomes automatic. It’s totally okay to be fair to middling or average. However, Ericsson’s research shows that we stop improving once we reach the stage of acceptable performance – even if we continue “practicing” the skill. In fact, more years of practice on easy stuff can actually cause a decline in the skill level you’re practicing. 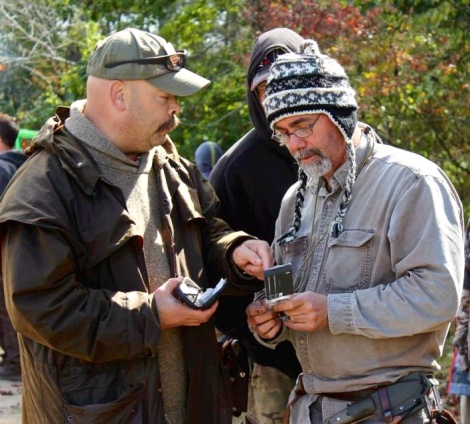 To improve performance, you must practice at the next level.

Let’s take the bow and drill friction fire method as an example. You may have watched a video, read a blog post, or seen someone demonstrate this method which sparked an interest in learning. After several attempts, you find success. You make a few more hit-and-miss fires to amaze your friends. You’re still the FNG (effing new guy) but want to improve your newfound skill.

At this point of skill progression, you break down your desired outcome into baby steps to help you get there. You spend hours of  spinning sticks together hoping to improve performance. But something is missing… feedback from someone with more experience than you in the art of fire by friction.

Direct feedback is critically important in this stage – and especially so in deliberate practice. Self-correction only happens when previous outputs are fed-back to adjust our future practice. Simply practicing for years won’t improve skills. Some educators work for 20 plus years and only have one year of teaching experience. They choose to stay in their first year comfort zone for twenty plus years – never attempting to engage students in new ways.

Moving past our comfort zone involves failing. But that’s how you got to this stage of practice… failing forward. You could spend 10 years of silently practicing the same easy steps and still be fair to middling (or worse) at primitive fire, blacksmithing, or any other self-reliance skill. 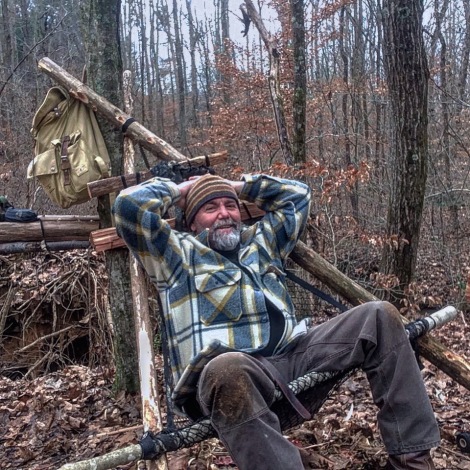 Try something you’ve never worked on before… like twirling up an ember in the rain. You’ll fail. But learn from the experience and keep Doing the Stuff until you get it right.

My research attributes the following quote to George W. Loomis as recorded in the “Michigan School Moderator” (1902) discussing the best way to teach students to spell properly…

Much of the time spent in hearing children recite—guess till they get it right—should be spent in a definite teaching process, until they can not get it wrong.

How long will it take until you can’t get a skill wrong? Studies suggest 10,000 hours or 10 years of intense, deliberate practice at a craft. It took 10 years of deliberate practice before Mozart produced a memorable work. This should be instructive for all the insta-experts popping up lately. I call it the “Shroomery Effect.” They pop up like mushrooms but don’t last long. 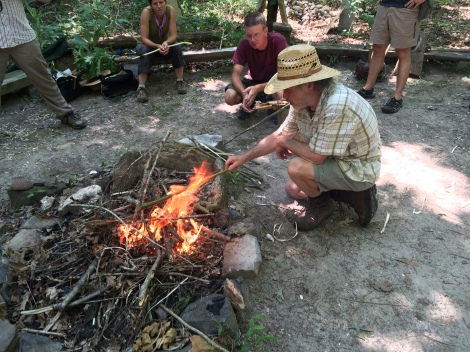 Scott Jones firing the bamboo atlatl at a class this summer

This stage is very similar to purposeful practice except it involves direct instruction, teaching, and/or coaching to offer feedback and focused techniques to improve performance. Think of elite athletes. They all put in a crazy amount of hours training. But it’s not just the hours they put in but how they spend those hours. Instead of chasing the latest novelty, top performers focus on subtle nuances of their craft. Bottom line… they spend years re-working their work.

Here are a few constraints to consider about deliberate practice:

Do your due diligence when choosing instructors. Seek out those who have a minimum of ten years of deliberate practice and field experience in the skill you wish to learn.

Pressing the publish button always scares me. Will people find value in my articles? Could I have improved the piece? Did I re-write enough? I don’t pump out blog posts like I did five years ago. I write almost daily but only publish about once a week. A few years ago I realized that to become a better writer, I needed to spend more time re-writing. I’m only halfway into my “10 years of writing” but I hit publish anyway. Some crash. Some fly. Some end up in the draft graveyard.

Revision is needed on my earlier line, “the key to lasting success is lasting.” Lasting is the gritty part. It’s learning to love the boring times of re-doing the fundamentals. Progressing through the stages of practice takes years of grit and intense, deliberate practice. There’s not enough time for us to master all the skills of self-reliance. But I’m committed to die trying to master a few.

Feedback time. What skill are you deliberately practicing to master? If mastery is not your goal, in which skills are you becoming proficient?

Keep Re-Doing the Stuff of Self-Reliance,

Copyright © by Survival Sherpa: In light of the recent theft of all my content by a pirate site, my sharing policy has changed. I do not permit the re-posting of entire articles from my site without express written consent by me. My content on this site may be shared in digital form (200 words or less) for non-commercial use with a link back (without no-follow attribute) to the original article crediting the author. All photos, drawings, and articles are copyrighted by and the property of Survival Sherpa. You are more than welcome to share our photos and articles on social media for educational purposes as long as you link back to the original article/photo with credit to the author.